Paper manufacturer Sappi in Maastricht has relied on the hoisting and lifting expertise of Mennens for over 15 years. We take care of the testing, inspection and maintenance of 35 business-critical overhead and rolling cranes, among other things. To keep an even better and more reliable eye on the condition of the lifting ropes, Sappi now opts for a pilot with magnetic rope testing (MRT) by Mennens. 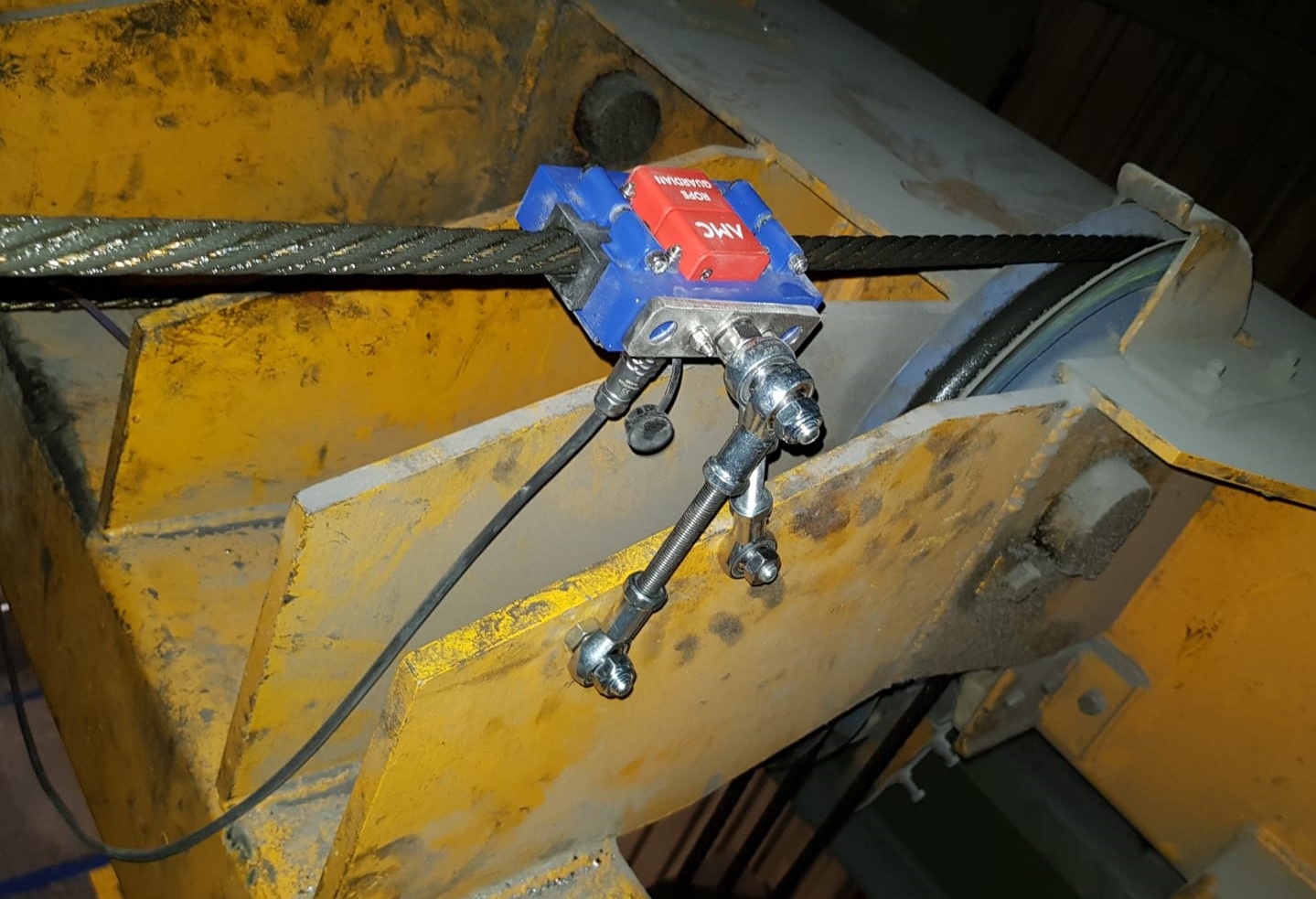 For their paper production, Sappi has 35 overhead and rolling cranes continuously operational. Enormous rolls of paper are lifted from one machine to another. Koen van Kollenburg, contract manager at Mennens, explains: “Sometimes, the rolls of paper weigh 25 to 28 tons. The steel wire ropes, among other things, must therefore be in perfect condition.”

That is why a mechanic from Mennens used to visually inspect the steel wire ropes every three months. Koen: “A visual inspection tells you a lot, but if wire breaks occur on the inside, you don’t see them immediately. Although this doesn’t have to mean a disaster (there are legal standards for this), you do want insight into this. You can then anticipate breakage at an early stage. This contributes to safety and continuity of operations. That’s why we initiated a pilot with an innovative technology: magnetic rope testing.”

As a pilot, Mennens installed a magnetic rope testing device on one crane. Koen explains: “During hoisting and lifting, the wire rope runs through the device and a magnetic field is created. Any internal deflections of the wire rope, such as wire breaks or starting corrosion, influence this magnetic field. This is later visible in the data. On the double-ended cranes, the device monitors the steel wire ropes independently of each other.”

The data generated by the device is visualized in a graph by two engineers from Mennens. Koen: “Deviations are visible in the shape of a peak. You can see exactly the condition of the inside of the steel wire rope. Next, we bundle the data into a report, which we discuss with Sappi monthly. A daily or weekly report is also possible. Since Sappi’s steel wire ropes are still relatively new, a monthly report suffices at the moment.”

Even more efficiency and reliability

The pilot has only just started, but it’s expected to be an improvement for Sappi. Rob Hennekens, Reliability Engineer bij Sappi, explains: “Magnetic rope testing is an addition to the physical visual inspection for the time being. It’s an important additional tool for us to continuously monitor the condition of our lifting ropes. If the steel wire rope isn’t in the best condition, we know this at an even earlier stage. This allows us to plan better and therefore guarantee safety and continuity even better.”

Switching wire ropes based on data

Koen decides: “Magnetic rope testing also gives you an even more reliable picture of the overall condition of the steel wire rope. This can also have a positive impact on wire rope switches. Normally, you change a steel wire rope based on a visual inspection. And because of experience you know: with this production capacity, a steel wire rope will last approximately 2 years. But perhaps data will show that this wire rope can easily last 2.5 years. In five years, that would make a difference of one complete steel wire rope switch, which can result in major cost savings."

Traction Levage is certified according to the ISO9712 standard for the use of these magneto-inductive devices (MRT) and can now offer these services on your installations under Cofrend level 2. We remain available to propose you the different possibilities of controls and/or installation of such devices on your sensitive installations (mobile or permanent devices).

Curious about our MRT solution?

Our technical experts qualified in cable kinematics studies and Cofrend2 certified in magneto-inductive controls will be at your disposal to present and study with you the MRT solution most appropriate to your context of use / sector of activity. Please contact us !

Traction Levage has a long common history with major metallurgical and siderurgical companies, but also with EDF, autonomous ports or other major companies in any field of activity.
We deal with international companies with very high standards, while of course providing the same quality of service and the same level of requirements to all our customers.
We are constantly trying to improve all of our manufacturing processes. We work internally to ensure the correct application of procedures, analyse our customers' difficulties and review contracts requiring special quality standards.
TRACTION LEVAGE has today a technical expertise and a quality of services widely recognized in France.
Our expertise is at the service of your projects.